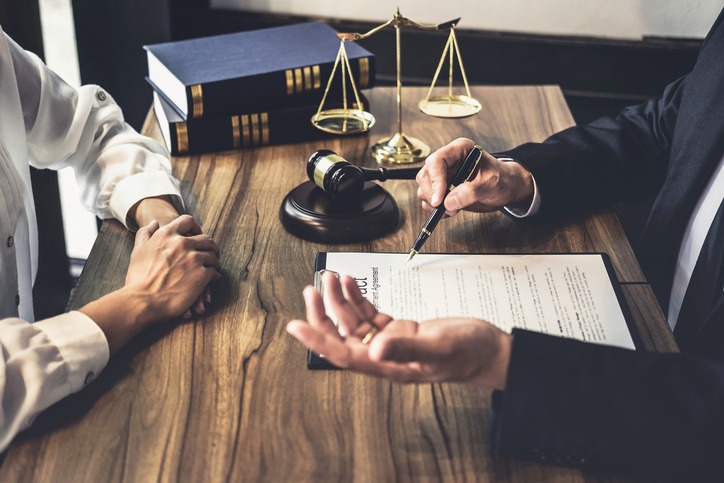 This is a real situation, for which I have masked the identity of the parties, and slightly altered the facts to make the teaching point effectively. The client, Alice was operating her car in her home town near Boston, heading northbound.  She came to a full stop at a red light, waiting to make a left turn. Directly behind Alice was a car operated by Barry, which also had come to a full stop. While Alice and Barry were waiting for the light to change, a speeding southbound car operated by Chris went through the red light, jumped the median strip and crashed into Barry’s car, causing it to spin into Alice’s car, causing substantial injury to Alice.  Alice hired a lawyer, Durwood, to recover compensation for her injuries.

Durwood wrote up and had Mary sign a contingent fee agreement that described the purpose of the representation as “recovery of bodily injury damages from all responsible parties”. Durwood then sued both Barry and Chris, who together comprised “all responsible parties”. Durwood knew full well that Barry had not been negligent, and that it was highly unlikely that anybody but Chris would be found liable to Alice. However, just before the case came to trial, and without first consulting with Alice or seeking her permission, Durwood decided to drop the case against Chris, and focus the entire thrust of the trial against Barry. His rationale for doing so (that he did not disclose in advance to Alice), was that Barry had a $100,000 auto liability insurance policy, Chris only had a $15,000 policy, and that accordingly Durwood did not want to  give the jury a chance to allocate all the damages against the underinsured Chris.

The jury was asked only if Barry was negligent. They answered no, and thus Alice received nothing for the injuries Chris caused her to suffer. Durwood’s judgment might have made some sense if Barry had done something, anything unreasonable at the intersection on the day of the accident. However, all that can be said of Barry is that he was stopped, waiting for the light, at a reasonably safe distance behind Alice. Moreover, Durwood committed an ethical violation in this (Massachusetts) case, by abandoning a valid claim of his client. Rule 1.2(c) of the Massachusetts Rules of Professional Conduct states: A lawyer may limit the objectives of the representation if the client consents after consultation. Durwood never sought or received Alice’s consent to limit her stated objective of recovery against all responsible parties. Durwood’s idea was foolish, but if he had bothered to explain it to Alice in advance and had she agreed, there would be no problem, and no legal malpractice case.