Firm gets new trial on lawyers’ ‘theft’ of files 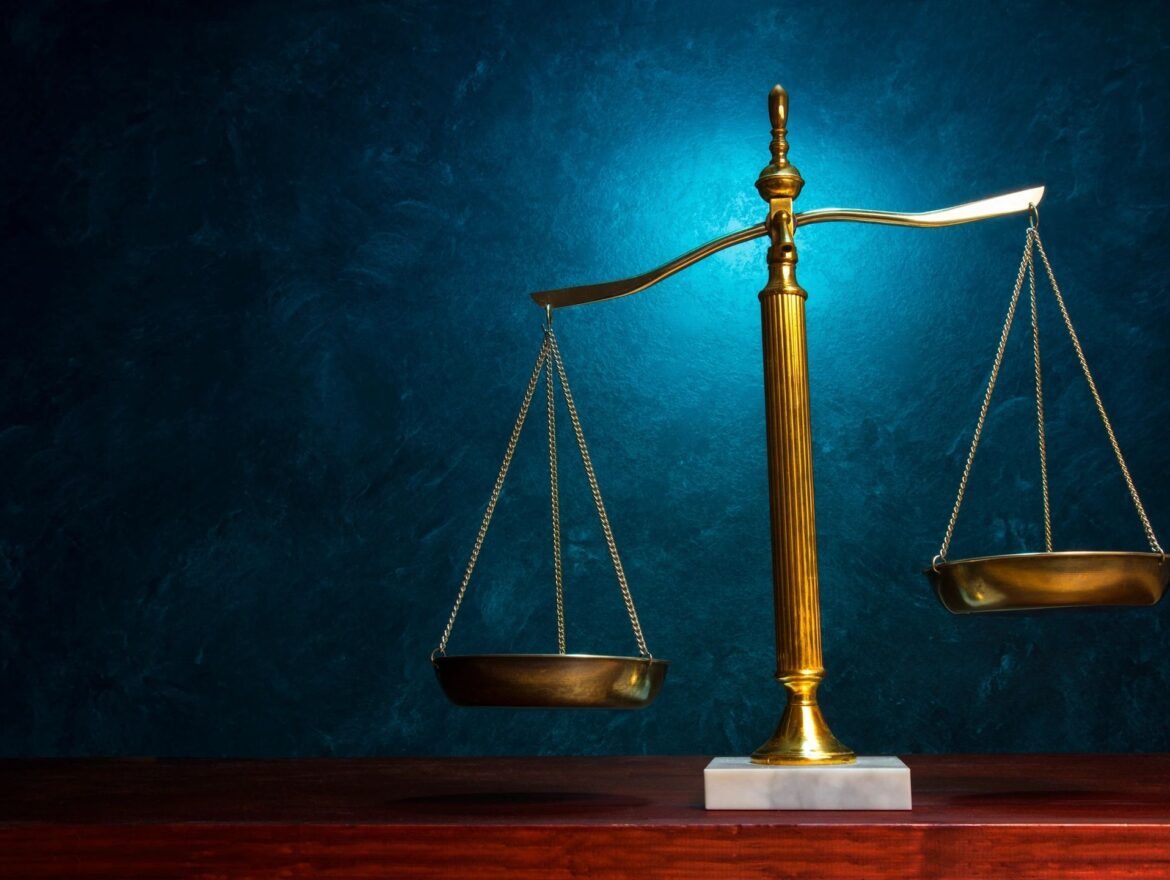 Pre-separation conduct relevant under Ch. 93A

A jury should have been permitted to weigh the conduct of six partners while they were still employed at a Boston asbestos defense firm in deciding whether they and their new firm incurred Chapter 93A liability for unfair and deceptive trade practices, the Supreme Judicial Court has decided.

While finding CMBG3 and the individual defendants liable for conversion, the jury answered “no” to the question of whether they had committed unfair or deceptive practices in violation of 93A by misusing confidential information in trade or commerce “after” the lawyers left Governo.

On appeal, the Governo firm contended that Superior Court Judge Kenneth W. Salinger had erroneously instructed the jury that the defendants’ pre-separation conduct was not relevant to Governo’s claims under G.L.c. 93A, §11.

A unanimous SJC agreed, concluding that Salinger’s jury instruction was contrary to law.

“[T]he G.L.c. 93A, §11, claim required the jury to consider that the attorney defendants stole GLF’s materials in order to determine whether the subsequent use of these materials was unfair or deceptive,” Justice Dalila Wendlandt wrote for the court.

Boston attorney Kurt B. Fliegauf, who represents the Governo law firm, said in an emailed statement that the decision establishes that employees are not immune from Chapter 93A liability when they act in an unfair or deceptive manner toward their employer in a business context.

“We look forward to a new trial on the issue of whether the defendants’ misappropriation of Governo Law Firm’s property, and their use of the purloined materials to compete against their former firm, constitutes an unfair or deceptive business practice in which the defendants acted in a willful or knowing manner,” Fliegauf added on behalf of his client, David M. Governo. Defense attorney Peter F. Carr II did not respond to a request for comment prior to deadline.

Boston professional liability attorney Scott D. Burke said he was not surprised by the SJC’s decision.

“The instruction that was given regarding 93A was so limited the jury was unable to consider the context of how the individual defendants came into the possession of the materials that were confidential and proprietary,” Burke said.

“As lawyers, we’re left with the question of whether the jury instruction was just too narrow or is there a greater direct exposure under 93A for [the defendants] having taken the materials?” Burke said. “I would have loved to have seen the SJC provide a jury instruction to handle this issue, and I don’t know why they didn’t.”

According to Boston commercial litigator Michael C. Gilleran, the decision represents a “sea change” by holding that an employee’s misappropriation of his or her employer’s confidential materials or trade secrets “while still employed, and for the purpose of competing,” subjects that employee to 93A liability.

Gilleran, author of “The Law of Chapter 93A,” added that Governo appears to mark a departure from the SJC’s landmark decision in Manning v. Zuckerman. That ruling held that disputes arising out of the employment relationship between an employer and an employee are not cognizable under Chapter 93A.

“The [Manning] rule seemed solely relationship-based — that is, [asking] did the 93A violation arise from the former employment relationship or not?” Gilleran said.

Charles P. Kazarian, a Boston legal malpractice and business litigator, said Governo raises the question of how an attorney can depart a law firm without violating his duty of loyalty to other partners.

One notable takeaway from Governo is that the defendants were unsuccessful in making the case that the GLF materials they copied consisted of client information, Kazarian said.

“The defense took the position that the databases were largely developed in the context of particular clients, trying to portray it as client information, which typically is not proprietary” Kazarian said. “But taking these proprietary databases that [GLF] used to maintain its competitive advantage is not permitted.”

Another important point, Kazarian said, is the SJC’s expansion of the scope of the permanent injunction the lower court granted to protect GLF’s proprietary information.

The SJC directed the lower court to modify its original order — which permanently enjoined the defendants only with regard to the use of a GLF research library and certain other proprietary databases — to include requiring the return of the administrative files the defendants copied from GLF, as well as the deletion of those files and any copies from CMBG3’s electronic devices. The SJC also directed that the defendants be required to certify that they had taken all steps called for in the permanent injunction in regard to the return and deletion of GLF files.

“Clearly, [the justices] were dismayed with the behavior of the defendants and they wanted to give the plaintiff an adequate remedy,” Kazarian said. “With the proprietary information being easily reproducible, the SJC wanted to make sure the order was comprehensive enough that there would be no ambiguity in the minds of the defendants as to what they were supposed to do.”

According to court records, in 2016 the individual defendants, who were non-equity partners in the Governo firm, formulated secret plans to purchase the toxic-tort defense firm from sole owner and founding partner David Governo. At the same time, the defendant attorneys weighed an alternate plan: forming their own firm. In October 2016, three of the defendants allegedly began downloading materials from their GLF computers onto high-capacity thumb drives. The copied materials included a research library compiled by GLF over the course of 20 years. The research library contained 100,000 witness interviews, expert reports and investigative reports relevant to asbestos litigation.

The defendants also copied databases that organized the GLF resources from the research library’s folders into categories sortable by multiple criteria, including legal theory or client. Other databases copied by the defendants included scientific literature related to causes of mesothelioma and outlined “state of the art” asbestos defenses used in litigation.

A third category of materials copied by the defendants consisted of administrative files for office procedures, marketing materials and client lists.

The individual defendants incorporated CMBG3 on Nov. 1, 2016. Later that month, the attorneys confronted Governo at a partners’ meeting. At the Nov. 18 meeting, the lawyers offered to buy the firm for $1.5 million plus net profits from certain work performed at GLF through the end of 2016.

Governo rejected the offer and locked the attorneys out of the office on Nov. 20, 2016. The following day, the defendants officially began operating CMBG3.

A later analysis of the laptop used to download the materials the defendants copied while at GLF revealed CMBG3 users accessed those files tens of thousands of times in getting their new firm off the ground.

THE ISSUE: Should a jury have been permitted to weigh the conduct of six partners while they were still employed at a Boston asbestos defense firm in deciding whether they and their new law firm incurred Chapter 93A liability for unfair and deceptive trade practices?

The Governo firm’s lawsuit filed later in December 2016 alleged that the CMBG3 attorneys took more than half of the business with them. (David Governo later shuttered his firm and is now a partner at Smith, Duggan, Buell & Rufo.)

The jury unanimously found that each of the defendants had converted the Governo firm’s files and proprietary information. It further found that each defendant, with the exception of Gardella, had conspired or acted together to steal GLF’s electronic databases or files, and that each had breached a duty of loyalty by misusing GLF’s confidential information.

While awarding the plaintiff $900,000 for misuse of confidential files and proprietary information, jurors rejected the 93A claim and assertion that GLF was entitled to the entire $2.8 million earned by the defendants since they left the firm.

Tracking the statutory language and the SJC’s decision in Manning, Salinger instructed the jury in Governo that “by law an employee and employer are [not] in trade or commerce with each other for purposes of the statute. That means that 93A does not apply to anything a defendant did toward the Governo Firm while they were still employed there. So anything that happened before the 20th of November, 2016, whether it was negotiations, copying of materials, anything else[,] that’s all irrelevant for purposes of [93A].”

In addressing the plaintiff’s appeal, Wendlandt wrote that “the inapplicability of G.L.c. 93A, §11, to disputes arising from an employment relationship does not mean that an employee never can be liable to its employer under G.L.c. 93A, §11.”

She acknowledged that the SJC had previously held in Manning that certain employment disputes fell outside the scope of the “broad reach” of 93A because they were intracompany disputes that did not qualify as “marketplace transactions.”

However, Wendlandt wrote that the Appeals Court in a number of more recent cases had recognized that when “an employee misappropriates his or her employer’s proprietary materials during the course of employment and then uses the purloined materials in the marketplace, that conduct is not purely an internal matter; rather, it comprises a marketplace transaction that may give rise to a claim under G.L.c. 93A, §11.”

Guided by that precedent, Wendlandt wrote that the trial judge’s instruction was in error and that GLF was entitled to a new trial on its 93A claim.

“Had the jury considered the attorney defendants’ conduct during their employment — in particular, their conversion of GLF property — the jury well might have reached a different result,” she said. “Had they not been told to disregard this conversion, the jury could have found that the defendants’ subsequent use of the converted materials was an unfair or deceptive act, rendering the defendants liable under G.L.c. 93A, §11.”